Cell therapy, cytotherapy, cytotherapeutics has the potential to provide cures for many significant ailments and disorders by repairing and reversing disease through regenerative medicine. The clinical application cells began in 1956 with the first successful bone marrow transplant, performed between twins, with bone marrow taken from the healthy identical twin, and given to the other, who had leukaemia.

Peripheral blood stem cell transplantations (PBSCT) are now the most common cell therapy procedure. Its clinical introduction in 1986 replaced bone marrow (BM) as a stem cell source to almost 100% in the and to autologous approximately 75% in the allogeneic transplant setting.

The first successful cord blood stem cell transplant was performed 30 years ago in October 1988 with a boy with Fanconi anemia. Cord blood stem cell transplants have now been successfully given to treat patients with more than 70 diseases. It is estimated that there are over 600 000 UCB units stored worldwide, and >30 000 UCBTs have been performed. Cord blood is now being enriched with functional stem and progenitor cells and also immune modulatory cells.

A new cell therapy, donor lymphocyte infusion, emerged in the 1990s to ensure that the donor stem cells remain engrafted whereby lymphocytes from the blood of a donor are given to a patient who has already received a hematopoietic stem cells from the same donor. 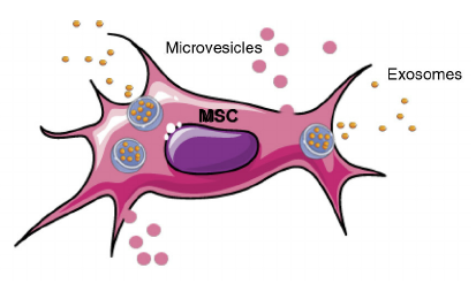 Mesenchymal stem cells (MSCs) the most significant stem cells for cell therapy were first isolated and characterized in 1974 and have been used in the clinic since 2004. MSCs are multipotent stromal cells that make and restore skeletal tissue and can differentiate into diverse cell types: bone, cartilage, muscle and fat.

Bone marrow was the original and most common source of MSCs and they are also found in Wharton’s Jelly, Cord Blood, Adipose Tissue, Molar Teeth, Amniotic Fluid and Peripheral Blood.

Today, there are about 500 clinical trials investigating their therapeutic uses in treating haematological diseases, GVHD, diabetes, inflammatory diseases, and diseases in the liver, kidneys, and lungs, as well as cardiovascular, bone and cartilage, neurological, and autoimmune diseases.

To date one cellular immunotherapy has been approved by the FDA in 2010 and the EMA in 2013 for asymptomatic or minimally symptomatic metastatic castrate resistant prostate cancer: Dendreon’s Sipuleucel-T (Provenge)

Hematopoietic stem cells (HSCs) used in the treatment of cancers and other immune system disorders are found in the red bone marrow in the central part of most bones but principally in the pelvis, femur, and sternum. HSCs give rise to a variety of blood cells: monocytes, macrophages, neutrophils, basophils, eosinophils, erythrocytes, dendritic cells, platelets. T cells, B cells, and natural killer cells.

Induced pluripotent stem cells (iPSCs) are a type of stem cells that can be generated directly from adult cells and pioneered by Yamanaka in 2006 who discovered that only 4 genes were required to re-programme adult cells into iPSCs. iPSC derived from MSCs are multi-lineage and less immunoreactive and show future promise for cancer treatment. Human iPSC derived cardiovascular and neuronal cells are being used in preclinical studies and will find use in clinical application as cell therapies. In addition, manufacturing human platelets from iPSCs, ex vivo in bioreactors will create an abundant supply of cell therapies that resolve limitations in the safety and supply of transfusion products

Endogenous cardiac stem cells, discovered in 2003, are progenitor cells harboured within the adult mammalian heart that function to replenish adult mammalian cardiomyocytes lost by wear and tear and injury throughout the adult life of the heart.

There are close to 40 companies developing redirected T cells or NK cells for therapeutic use.

There are also 800+ cell therapy clinical trials underway around the world.

Cell-based therapeutics currently hold great hope of bringing revolutionary cures to patients and are the basis for pioneering approaches in regenerative medicine.